A Solid State Drive, or SSD, is a relatively new (compared to traditional electro mechanical drives) storage device that relies on integrated circuit assemblies for persistent storage of data, as opposed to the spinning magnetic platters that traditional hard drives use. 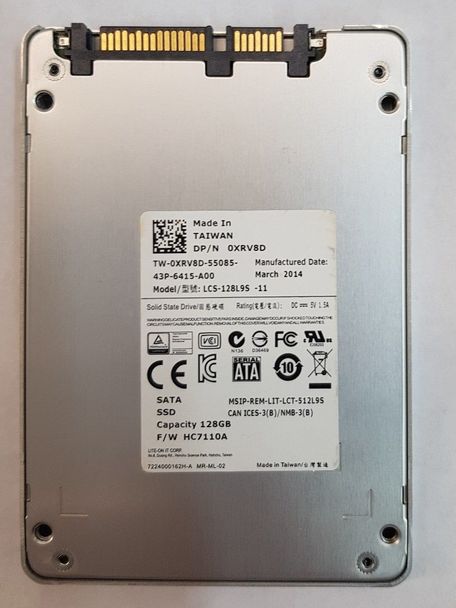 SSD Drives are generally more expensive per Gigabyte compared to electromechanical hard drives, but the extra cost is for a good reason. An SSD drive possesses several advantages over conventional HDD, such as:

SSD drives in general have significantly faster read and write speeds compared to HDD drives, on account of SSDs not relying on spinning platters to store its data. This has a multitude of benefits that are readily felt by end users; PCs boot faster, programs launch faster, and programs that need to store and retrieve information on the disk in real time will perform smoother.

The lack of moving parts means that SSDs are completely silent whether it’s in use or idle. They are ideal for PCs that are meant to be quiet, such as those that are used in libraries, hospitals, or small form factor HTPCs.

The same lack of moving parts also mean that SSD drives require less power to function, which means they can be used for low power HTPCs, portable computers, or aging computers that have weak power supplies. The low power consumption also means that it doesn’t generate much heat compared to a conventional mechanical drive – this is a boon for hot regions where HDDs are prone to heat death. The low heat generation also means it doesn’t require complex cooling solutions, which further reduces the energy footprint of the PC.

Basically, an SSD is almost always a better choice for a computer if the premium on price isn’t a concern. Unfortunately, many users tend to shy away from SSDs even if they are not on a budget, due to a number of myths that have proliferated when the first SSDs are produced.

Only Marginally Faster than High End HDDs – this myth traces its roots back to when the first SSDs were made. As with any new technology, these first SSDs were not ready for commercial application and were basically early tech samples. And keep in mind that these early tests were against “high end” HDDs that come with memory meant to cache reads and writes, which means they are designed to be significantly faster than the average HDD. Additionally, these high end HDDs are also expensive, which means they lose the price advantage against an SSD.

The truth is that the technology has been refined since then, and SSDs these days are significantly faster than even high end HDDs, in the most favorable scenarios boasting of over two to three times faster access and read speeds.

Prone to Failure – this is a myth, and is probably due to people mistakenly believing that SSDs are simply larger versions of a USB flash drive. While they technically work under the same principle, USB flash drives are not designed for heavy usage and are generally very prone to failure when used heavily, but SSDs are designed for normal day-to-day usage and have failsafes meant to ensure reliability.

It is true that SSDs have a limited amount of writes and reads before they will become prone to failure, but the amount is enough that even power users will not really reach said limit before it is time to replace the SSD. Additionally, HDDs also have limited lifespan, so this comparison is always moot.

The truth is that SSDs are actually more reliable than electromagnetic drives due to the lack of moving parts. SSDs do not vibrate when in use and do not generate heat, which are common causes of wear and tear on storage devices.

At the end of the day, if you don’t mind the little extra cost, SSD Drives are a good upgrade for any laptop or desktop, resulting in a more responsive, “like new” user experience.